The Galleries at Pasadena City College

Tactile: Function Re-envisioned is a three-person show of Lynn Aldrich, Miyoshi Barosh and Doug Harvey. In our Gallery V, as a companion show to the Tim Hawkinson solo in the Boone Family Art Gallery, we present this group show of artists whose works re-envision function, recasting materials into new, unexpected roles in artworks that embody a strong textural or tactile aspect in their materiality as they are reinvented from their original mundane or cast-off status. At times bridging sculpture and painting, these repurposed media enjoy a new life, giving us pause to consider that art fodder is all around us if we can embrace a fresh perspective and open our minds to the possibilities around us.

(BA: CSUN, MFA: Art Center, represented by Edward Cella Art+Architecture). Lynn Aldrich's work is inspired by nature and landscape, but constructs art objects from materials common to a suburban based, do-it-yourself consumer society. She has exhibited widely with her most recent solo exhibition last year in Amsterdam at Art Affairs Gallery. In 2009 she did a solo project at OTIS and in 2013, a survey at Pasadena’s Art Center College of Design celebrated her significant body of work. The recipient of numerous awards, Aldrich received a Guggenheim Fellowship in 2014. 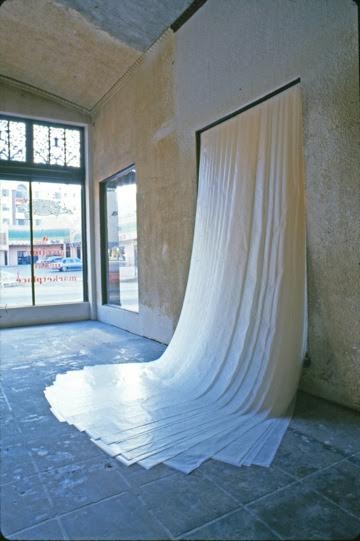 Miyoshi Barosh works in a wide range of materials and techniques while humorously exposing the socio-political underpinnings of American culture and its effects on the individual psyche. In 2015, Barosh received a Guggenheim Fellowship as well as a City of Los Angeles Individual Artist Fellowship.  Her solo show, FEEL BETTER, at Luis De Jesus Los Angeles, in 2014, was featured in Artbound, KCET’s culture blog.  During the summer 2014 season, she was an artist-in-residence at the Pilchuck School of Glass.  Other exhibitions include Body Conscious: Southern California Fiber at the Craft in America Center, Women, War, and Industry at the San Diego Museum of Art, and The Small Loop Show at the Fellows of Contemporary Art in Los Angeles.

Doug Harvey received his MFA (Painting) from UCLA in 1994. He co-curated the Don Suggs show at Otis with Meg Linton as well as biennial shows at Track 16 while he was a critic for LA Weekly which highlighted the work of significant artists early on in their careers (e.g. Elliott Hundley). He is a man of inventive ideas (Chain Letter Show at Shoshana Wayne), has recently curated a show on abstract spirituality in LA painting for the Nan Rae Gallery at Woodbury College, and does sound art as well. His witty artworks, often employing scrappy found elements, evince a quirky creativity that mines pop culture and kitsch to unexpected ends. 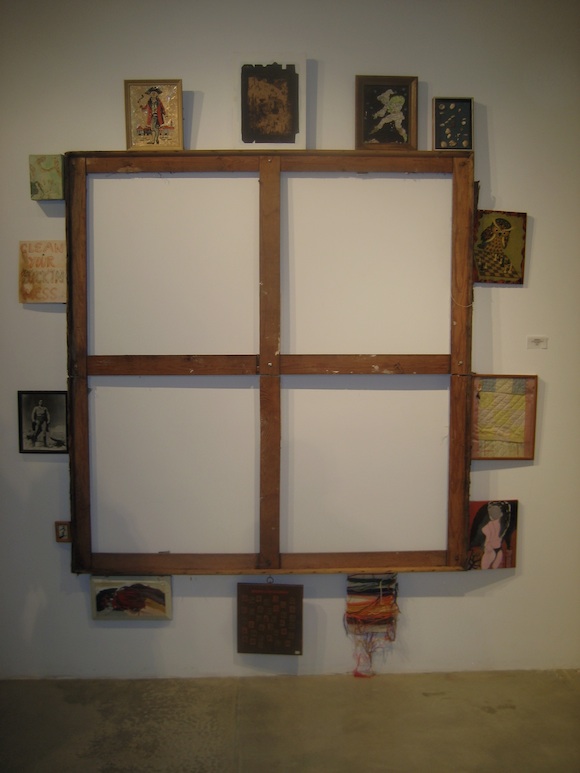 Learn More About the Show