Campus Access Restrictions "Safer at home" is in effect. PCC is physically closed to student and public access. All employees are to remain at home until notified by a supervisor. 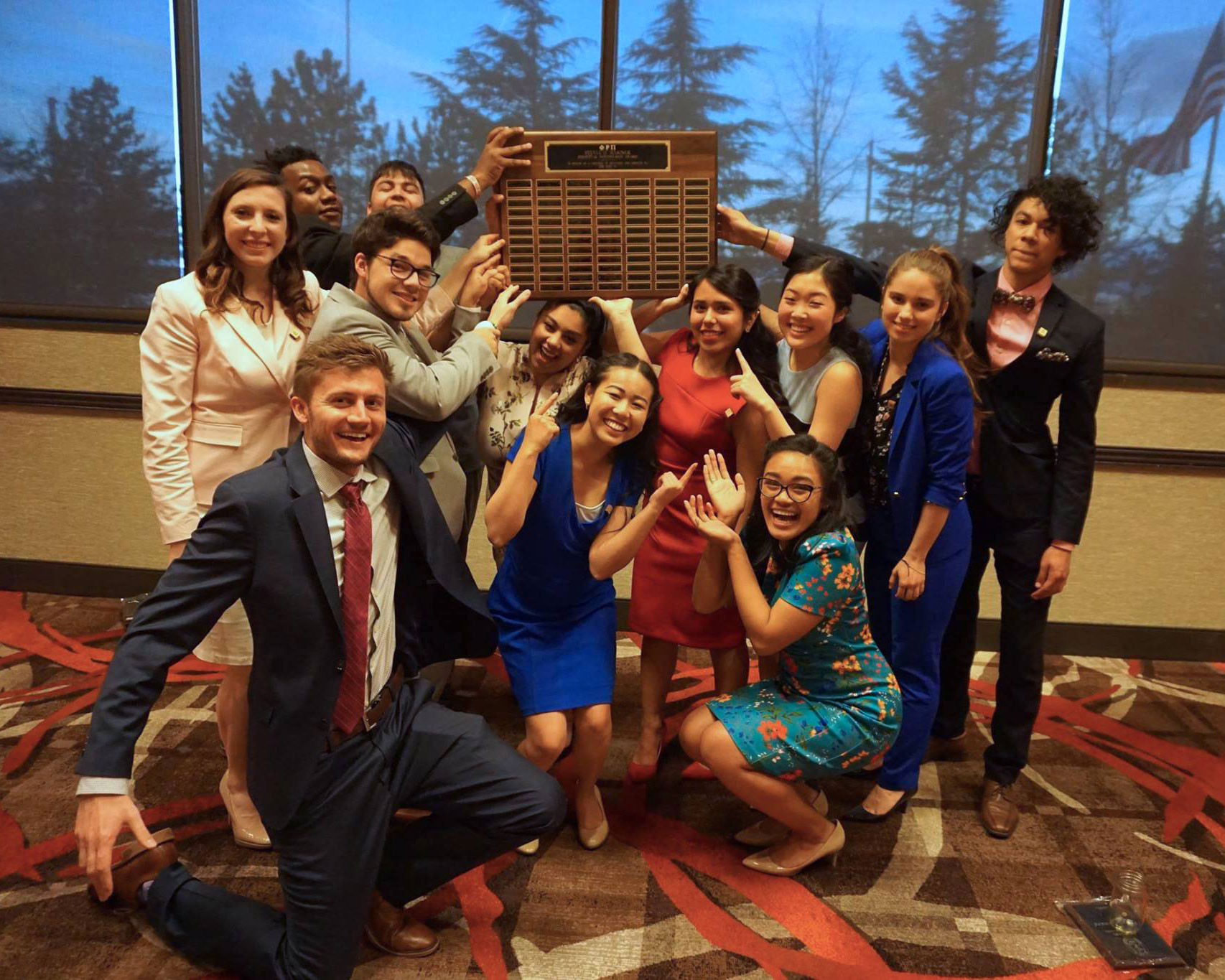 PCC Speech and Debate Team Ranked 1st in the Nation

Right before spring break began, 12 ambitious PCC students made the eight-hour drive to Reno, Nevada to compete at the National Collegiate Speech and Debate Tournament.  Having taken 2nd place at this same tournament last year, they came with a very elegant objective: win a national championship.  They managed to exceed this goal.

Not only did they take home the national title they were looking for – a feat that hasn’t been accomplished by any previous PCC team in at least the past three decades – but as a byproduct of their historic results, they also took home an award that PCC has never won.  It’s called the Perpetual Sweepstakes Award.

Every year, each speech and debate (aka Forensics) team in the nation accumulates points based on their winnings at the national tournament.  The team with the most points earns a plate on a giant plaque that they get to keep for one year until the next national tournament, when their points reset.  The first name on this trophy was set there in 1971.  A few days ago, PCC put its name there for the very first time.

This honor was based on the cumulative points that PCC has earned throughout the decades, so all PCC nationals forensics students and coaches, past and present, deserve recognition for this honor.

As for this particular year, listed below are the tremendous results that helped PCC earn their first national title in over thirty years as well as their first perpetual sweepstakes award ever.

Monica Flores-Garcia not only took a gold medal, but is the 1st place, national champion in the event of Impromptu Speaking.

Michael Williams is ranked as the 3rd place Parliamentary Debater in the nation.

Elysia Adi is ranked as the 4th place overall speaker in the nation.

Of the twelve students that PCC brought to Reno, just about every one of them earned a medal at this national tournament and they all contributed to the team’s overall national title.  They were:

Helping to prepare and train the PCC speech and debate team were the following coaches/teachers/staff:

We’re a welcoming community and are always in search of more talent and enthusiastic participants.  If you are interested in joining the team, please register for SPCH 005, check out our Facebook page by searching “Pasadena City College Speech & Debate,” or contact the Director of Forensics, Allan Axibal-Cordero