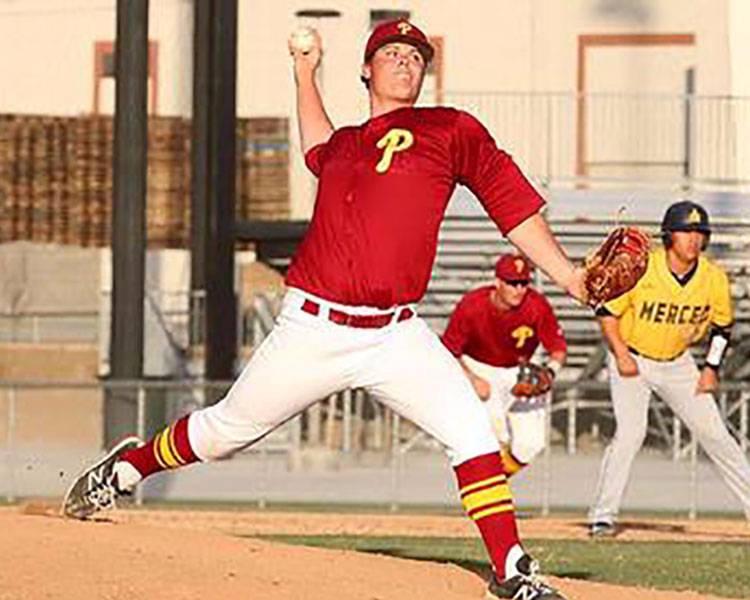 Baseball Sends 6 Sophomores To Next Level

Pasadena City College baseball coach Pat McGee announced today that six players or 75 percent from his 2016 Lancers sophomore class have committed to 4-year universities. The two remaining sophomores are still mulling scholarship offers from a few institutions, according to McGee.

"Joe was our best hitter in the program for his two years, and maybe the best hitter in the conference this past season," McGee said. "He has grown tremendously as a person and player during his time at PCC. We're excited for his future and think he will do great things at the next level. He will be missed."

Outfielder Brandon Benson, a transfer who played one season for the Lancers, has signed a scholarship with Georgetown College in Kentucky. Benson batted .294 with three triples, a home run and 25 RBI. Benson, who exhibited a cannon arm from left field, attended Arcadia High.

"Brandon has done more work in the last two years to earn this scholarship than any player I've been around in my coaching tenure," McGee said. "He is just scratching the surface of his 5-tool ability. He's without a doubt the most talented player that's come through our program."

Relief pitcher Anthony Mizrahi (La Canada High) is headed to Cal Poly Pomona. Mizrahi was the team's ERA leader with a 2.48 mark in 40 innings pitched. He led the Lancers in strikeouts with 35 and converted two saves and had one win in '16. The righthander collected two saves and two wins as a freshman.

"Anthony was a godsend for our program," McGee said. 'His take charge attitude and passion, to go along with his ability, made him a leader on our pitching staff each of the past two seasons. With his arm, we expect him to continue his baseball career beyond the 4-year level."

Two-year lettermen catcher Justin Cage (Glendora High) has accepted an offer from Curry College in Milton, Massachusetts. Cage batted .319 with eight doubles and 17 RBI. With his strong arm, he threw out 31 runners trying to steal over his two seasons.

"Justin was our very first recruit to PCC," McGee said. "He rarely came off the field as a Lancer. He was a tremendous representation of the team and the college. He was a high quality person and a pretty good player who will be difficult to replace."

Two-year pitcher Eddie Gutierrez (Baldwin Park HS) signed with Valley City State in North Dakota on a full 2-year scholarship. As a freshman, he was 2-2 with a 3.95 ERA in 43.1 innings. This year, he pitched to a 3-2 record in also 43 innings of work.

"Eddie made big strides and gave us valuable innings over his 2-year stint at PCC. He came to us after spending time as a position player at other places. We converted him to a pitcher and he proved his worth."

Isaac Holguin, a two-year starting pitcher, is transferring to Cal State Los Angeles. In 2015, he led the Lancers with three mound wins and also topped the team in starts with 11. Holguin (Rio Hondo Prep) paced the Lancers in innings pitched this year with 52. He picked up one win, a complete game victory over El Camino College-Compton Center.

"Isaac has high character and was an excellent representative as a PCC student-athlete on and off the field," McGee said. "He competed relentlessly over the course of his two seasons for us. He should grow into a quality pitcher at the 4-year level."

Since taking over the program in 2015, McGee is proud that 19 of the 20 sophomores he coached have continued their education as university transfers.