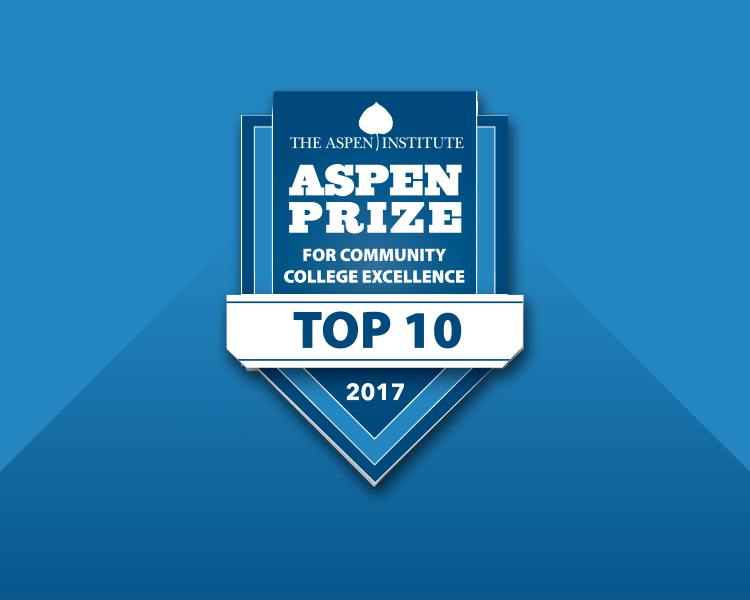 Pasadena City College has been named one of ten finalists for the 2017 Aspen Prize for Community College Excellence, widely recognized as the nation’s premier honor for high achievement and performance in America’s community colleges.

PCC was heralded as a leader in improving academic performance of minority students and providing pathways to university education and career success. PCC now enters the last stage of the competition for the $1 million prize fund that will be awarded in March 2017 in Washington, D.C., to the winner and up to four finalists with distinction.

“Pasadena City College has made incredible strides in closing the achievement gap for minority students, especially in science, technology, engineering and mathematics (STEM) fields. Not only are PCC’s STEM programs dominated by Latino students, but women and first-generation students are also highly represented,” said Joshua Wyner, Executive Director of the Aspen Institute’s College Excellence Program in Washington, D.C. “This reflects the college’s strong demonstrated commitment to making sure all students succeed both while in college and in promising careers after they graduate.”

The Prize highlights the following areas in PCC’s qualifications for the recognition:

“This is an incredible honor for the faculty, staff, administration, and students of PCC,” said Rajen Vurdien, Ph.D., superintendent-president of Pasadena City College. “Our college has made enormous strides in serving the broad range of students that come to our campus, more than 75 percent of which are minority students, and 43 percent are the first in their family to attend college.

“Much work remains to be done,” Vurdien continued, “but this recognition shows that our efforts are having an impact.”

The Prize has been awarded every two years since 2011 by the Aspen Institute, a Washington, DC-based educational and policy studies organization which recognizes outstanding institutions selected from an original pool of more than 1,000 public community colleges nationwide. The focus of the Prize is assessing community colleges’ achievements in terms of student success in four areas: student learning, certificate and degree completion, employment and earnings for graduates, and access and success for minority and low-income students.

Community colleges today enroll nearly half of all US undergraduates—7 million students—working toward degrees and certificates. This includes rapidly growing numbers of low-income and minority students. While fewer than 40 percent of all community college students graduate, Aspen Prize finalist institutions demonstrate that every community college can help more students achieve success while in college and after they graduate.

This fall, the Aspen Institute will conduct a rigorous review process that includes examination of extensive data on performance and improvements in learning, graduation, workforce, and equitable outcomes for all students as well as multi-day site visits to each of the ten finalist institutions. Then, a distinguished Prize Jury of higher education experts will select a grand prize winner and up to four finalists with distinction.

The 2015 Aspen Prize for Community College Excellence was awarded to Santa Fe College in Gainesville, Florida. In 2013, Santa Barbara City College (California) and Walla Walla Community College (Washington) were co-winners. In 2011, Valencia College (Florida) was the inaugural Prize winner. According to the Prize rules, former winners were not eligible to reapply this cycle.